The Fade haircut originated way back in the 40s, when the United States military started making sure that all their uniformed men had, well, a uniform haircut. It made sense: the fade haircut was neat, required little maintenance, and was easy enough that an Army barber can buzz his way through dozens of new recruit hairs in a day.

After the war, the fade haircut, also known as the ‘crew cut’, became practically synonymous with suburban conservatives, what with many of the military men who sported that hair transitioning into the cul-de-sac life.

Eventually, the Fade made its way into pop culture in ‘90s, with the hairstyle being preserved and improved upon by predominantly black and Hispanic barbershops. Since then, the Fade haircut has taken less of a conservative aura and more of an edgier, hip, youth-culture-esque feel.

Which isn’t to say that it doesn’t fit well with dads of any age: the beauty of the fade haircut is that it goes on practically anyone, of any age, and of any face shape. Depending on whether you’re getting a low fade, a medium fade, a high fade, a taper, or a skin fade, it’s a hairstyle that is guaranteed to look neat and clean, but still stylish and easy to maintain.

What Is a Fade Haircut?

At its most basic, the Fade haircut refers to a hairstyle wherein the transition of both length and color on the back and sides of the hair is gradual, with the top of the head usually remaining long while tapering, or fading, down as it reaches your neckline.

The terms ‘low fade’, ‘mid fade’, ‘high fade’, and ‘skin fade’ all refer to how high the shortest part of your hair goes up your head. As the name suggests, the low fade starts at the lowest part of your hair, nearest the neckline. Low fades often start with the bottom hairline almost completely shaved down to the skin (depending on your preference), with the fade gradually getting longer as it goes up your head. Usually, the fade is noticeable all the way up to the bottom third of your hair, with the rest becoming shorter, but without showing off skin.

This is one of the most common haircuts for modern dads because it allows them to have a neat and clean hairstyle, but without looking too stuffy or, well, like their dads.

The Mid Fade starts at around the middle part of your head, just above the ears. The tapering of the Mid Fade is most noticeable around eyebrow level, which makes it one of the best ways to highlight or accent your eyes without being too obvious.

This is great for dads with exceptionally colored eyes, long lashes, or dads with strong brows. It’s also the best fade for dads with longer heads, as anything higher than this can draw too much attention to it. Also known as a ‘crew cut’, the high fade can start anywhere from the upper third of the hair and higher. It’s the traditional ‘high and tight’ hair that gives dads a more stern, often conservative look. Which isn’t to say that’s bad: the high fade will usually taper into longer lengths somewhere around the crown.

This is the haircut you get when you’re looking for something really low-maintenance, or if you’re hair is thinning at the top, as the faded sides and back make the hair on your crown look a bit longer and thicker by comparison.

A skin fade refers to a hairstyle wherein the hair at the lowest part of the fade is shaved down to the skin, giving it a bald look. Usually, barbers will shave off what they can using clippers and then use either a disposable razor or a straight razor to really clean it off and take off the hair completely. Skin fades are usually applied to any kind of fade, whether low fade, mid fade, or high fade, with the barber shaving off anything below the starting point.

Skin fades can be very hip and stylish, and while you might think that less hair equals less maintenance, keeping a skin fade looking shiny actually requires a bit more effort than a regular fade, as you’ll have to go to the barbershop more often to get the growing hairs shaved off, as well as keeping the rest of your fade looking neat and tidy.

Although it’s now synonymous with young and hip people, fade haircuts are actually one of the best types of haircuts for dads who aren’t looking to sport long hair anymore. It’s even better for dads who might be thinning at the top, as the tapered sides give the crown of your head a little more volume. Sure, it’s an optical illusion, but take it from a balding dad: every little bit of help counts!

Tyrell Williamson is a self-described book worm who has no idea how he got so lucky to marry the woman of his dreams. As a fairly new dad who was raised by a single mom, Tyrell tried to learn everything he needed to learn about fatherhood from the internet, from learning how to fix a crib to trying out the best way to care for his baby. It was mildly successful, but he wanted to learn more. During a woodworking conference, Tyrell met Brad, and the latter taught him decades worth of wisdom that Tyrell could not have picked up from his books, and he gained the confidence to know that, maybe, he might not be a screw up after all. When he’s not trying to figure out this whole ‘fatherhood’ thing, Tyrell likes to play videogames and perfect his woodworking skills which, if he may say so himself, is getting there. 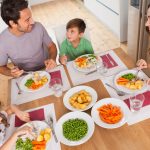 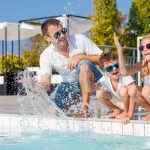 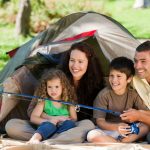 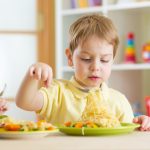